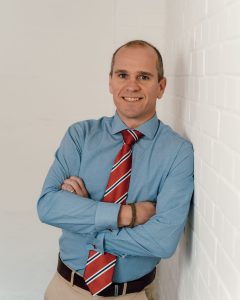 South East-based mortgage broker Liddle Perrett is speaking to its mortgage customers to encourage them to act now on fixed rate mortgages to weather the financial storm sweeping Britain this Summer.

David Liddle, Director at Liddle Perrett Ltd said, “Mortgage holders need to look seriously at rising costs and fix their mortgage rates as soon as possible to hold their interest rates and monthly repayments to weather the current cost of living crisis.”

And it’s not only homeowners in variable rate mortgages or people coming to the end of the term in a deal. For customers currently in a mortgage deal, looking around now is a good move. New arrangements like fixed rate mortgage rates uk can be secured for up to six months ahead of time.

For people with six months or less on their current deal, shopping around now makes perfect sense. But the story doesn’t end there. For homeowners in a deal that has more than six months left it could be financially sensible to pay any penalties for ending a deal early and making new arrangements.

David Liddle, Director at Liddle Perrett Ltd said, “Any homeowner with a mortgage deal at the moment should look at a new arrangement now. Ending a mortgage arrangement early may attract a penalty, but that is a known value so it is possible to calculate whether it is financially sensible to move early.”Continuing, Mr. Liddle said,” It’s a no-brainer for homeowners either coming to an end or not in an arrangement to fix their rate now. Knowing how much one of your biggest outgoings is going to cost you every month means that people don’t have to worry about rising mortgage payments while food and energy prices continue to rise.”

The rise in the Bank of England base rate from 1% to 1.25% means that mortgage rates have risen as well. Financial firm Moneyfacts reports that the average interest rate for a 5-year fixed rate mortgage has risen to 3.37%, its highest level since December 2014. And Moneyfacts reports that the average interest rate on a standard variable rate mortgage at the beginning of June stands at 4.91%, the highest since February 2009.

There is a clear benefit for homeowners looking now at a new fixed rate deal rather than waiting for any existing arrangement to end and then shopping around. There could be a delay to find the right deal, which means that people could be paying more than they need to.

And with inflation forecast to breach 10% in the coming months, homeowners are facing the tightest squeeze on income for decades.

Making sensible financial decisions now will save homeowners’ expense and higher interest payments later on, and with the Bank of England base rate expected to rise further to combat rising inflation, pressure on mortgage interest rates will continue for the foreseeable future.

To discuss any aspects of this media release or how to act now on fixed rate mortgages and interest rate increases contact a member of our team.

Liddle Perrett isn’t like other mortgage and protection brokers. The team is passionately dedicated to supporting you all the way through the process of achieving the mortgage finance and protection that you need. Whether that’s for a happy event- like buying your first home, or due to bereavement, every member of the team is supportive and sympathetic to your needs and your wellbeing.

In fact, so passionate is David about wellbeing that he has set up a sister company Identity Resource to help people learn how to cope with everyday stresses and challenges. And of course, the Liddle Perrett team comes with mortgage industry knowledge, insight, and experience that you can draw upon to find the very best options to meet your mortgage and protection need